On Monday, December 21st, 2015 the Energy Research Centre at An-Najah held a training session and a workshop on promoting and implementing innovative solar technologies in public facilities and buildings as part of the MED-SOLAR project. The sessions were over two days from December 21-22, 2015. 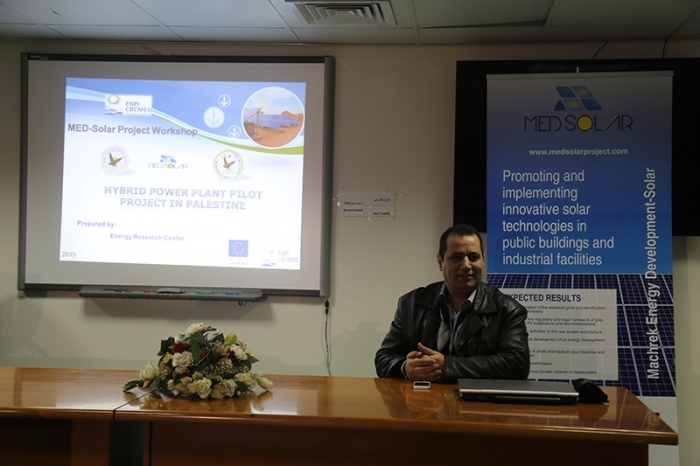 Both events aimed at reviewing commitments and progress made on the MEDSOLAR project and adopting hybrid technological systems as well as encouraging renewable energy projects in Palestine.

Dr. Imad Ibrik, Director of the Energy Research Centre addressed the participants and thanked them for being part of this important training. He also thanked An-Najah staff for holding the events.

On the first day, the training session introduced the solar energy systems; types and parts; hybrid power systems and the economic and environmental returns of the project. The course also explained the programme’s phases, systems and maintenance procedures.

On the second day, the ERC staff held a workshop on the construction of a PV hybrid power plant project at An-Najah National Hospital and its expected results. The workshop also shed light on renewable energy investment in Palestine and connecting solar electric system to the utility grid projects. 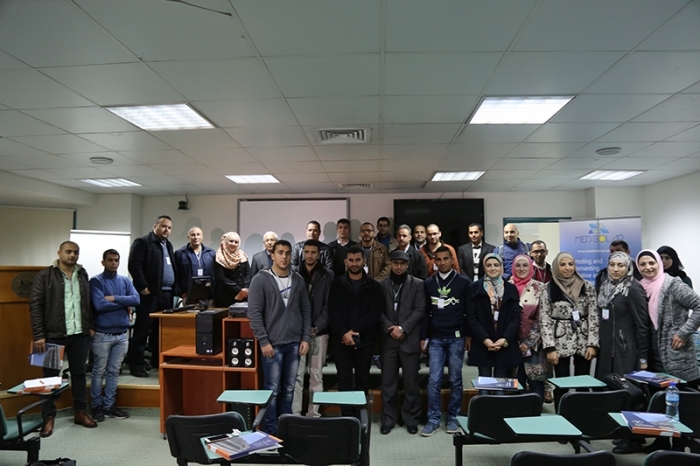 -          MED-SOLAR is funded by the European Union under the ENPI CBC Med Programme and aims at reinforcing cooperation between the European Union and partner countries regions along the shores of the Mediterranean Sea. The programme aims at promoting and the implement ting innovative technologies, as well as know-how transfer in the field of solar energy, particularly PV systems, in the target countries. 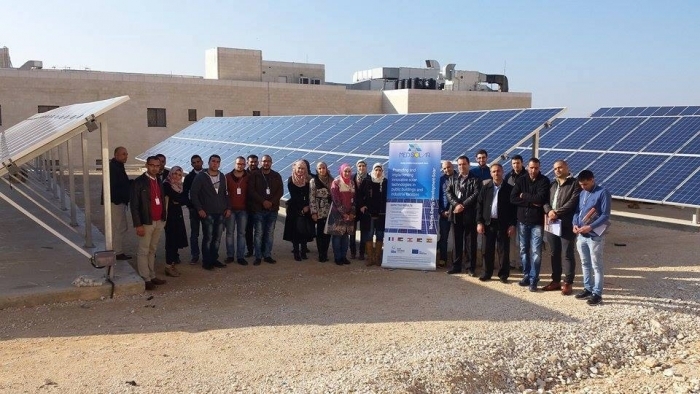